I Used to Be Homeless

I don’t usually share stories like this but I thought it was finally time I told my story.

I USED TO BE HOMELESS!

Wow! I never thought I would write those words. And I most certainly never thought it would be true, or that I would be homeless with a small child, in a new state, with no family and one friend.

But as we pack for a trip to Florida, I can’t help but think about my short time as a resident there.

At the end of November, in 2007, our son was born. Just after we got a smaller place to live, we found out we were pregnant.

Needless to say we were NOT ready, who is ever really ready? Even so, things were ok until I decided not to return to my position as purchaser for a major homebuilder. My son was so tiny, and we just were not ready to send him to child care. Things got rocky in my marriage with finances so stretched, and one day my husband and I were talking about moving to another state. He threw it out as a total impossiblity, but I’m that ride or die chick so I was like I’d go! Let’s look into logistics, thinking maybe a change of scenery was just what we needed.

Eventually, we decided to move in with family in South Texas and save money and look for jobs. We worked temp and part time positions while saving cash, but we still couldn’t get any job leads. After a particularly bad argument with family we were asked to leave… within the week. WOAH, we didn’t see that coming! We had hoped to at least have one of us working and get our tax refund check, but no.

We packed our 1999 F150 with everything we didn’t put in storage and drove 24 hours through torrential rain to Miami, FL.

My one friend and sorority sister checked out a small place for us near Calle Ocho and we sent her the depsoit money. We were all set with everything we needed… Except jobs. We figured we were not being taken seriously with our out of state address and that being local would make all the difference. What we had not considered was that Texas was virtually recession proof and that other areas of the country, especially areas which relied heavily on tourists were not doing so well.

After only a few days in our new place we realized we just did not want to stay there… Someone had clearly broken into our backyard fence one night, there was no tub for our son and everyone spoke spanish. Hablo poco español… And my husband speaks none. So we found a hotel which rented apartments by the month and moved to Ft. Lauderdale, in a much safer area. After a little over a month without being able to find a job and still no income tax refund check, we were running low on funds. At the end of the month, we moved out of the apartment; we had very little money and no place to go.

We were homeless, with our dog and 1 year old.

We did the only thing we could think of, I borrowed money from a friend and we sold our wedding rings and my anniversary band for the gold. (They never did return our stones.) And we got a motel with a buy 2 night, get one night free deal. We looked for shelters, but none would take us all. Those were the scariest hours of my life. Not knowing where we would sleep that night. Though the experience definitely brought my husband and I closer, we still had a child to consider.

At that point I told my husband, I can’t stay here with my baby and be homeless. I think it’s time to go home. The same day I called my grandmother and asked if we could stay with her and she offered to buy me a flight home, my husband got a call about a job back home. He hadn’t applied, they found his resume on one of those career websites. We took that as a sign from God. We stayed one more night and took the rest of the money my grandma sent and drove back home.
We spent another year getting back on our feet after that 6 week vacation at the beach. 🙂

I finally found a job and my husband got a better position and we moved into our own place and started over from scratch. It was during this time, I realized I needed to find something that I could do on my own and not be beholden to any employer.

I still want to move to Florida again someday and my Virtual Assistant business is going to afford us the freedom to do just that. My kids, my husband, and being able to have the freedom to travel where and when we want and live anywhere… That is my Why. 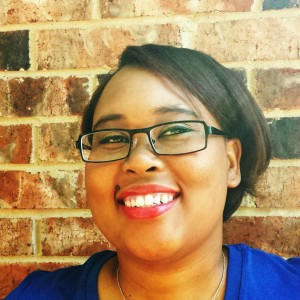 How to Make Your Ads More Enjoyable for Your Customers

Creating the perfect advertisement is like a tightrope walk. People have grown disgusted with seeing constant ads around them—especially when they interrupt programming that they like. As an advertiser, you still need to inform them about your product. You need to develop an entertaining marketing strategy that will keep customers from skipping your ads. Make…

3 Essential Tips to Streamline Your Business

As you grow your business, you will likely realize the need for a more efficient mode of work. Here are three essential tips that can help you streamline your business and ultimately help you spend your time and energy in better ways every day.   Identify and Focus on Productivity Problems One great first step…

How to Be a Successful Entrepreneur While Living with Depression

There are a lot of misconceptions surrounding success as an entrepreneur. Some people believe that all you need is the right idea. Others claim that you must have a certain personality. They say that you need to be positive, energetic, driven, and bla bla bla. All this talk can make it seem like there isn’t…